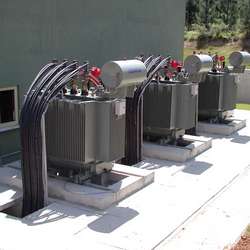 Organics Ltd provides engineering equipment that falls into two main categories: Environmental Protection and Renewable Energy. Their services include low emission flare systems, of which they have many hundreds of installation around the world, odor control, landfill gas extraction and utilisation, anaerobic digestion systems and advanced thermal processing (pyrolysis and gasification). They specialize in field and landfill engineering in particular.

About the Gas Systems by Organics

A variety of gas systems are offered by Organics, such as the following.

On-line feed gas equipment will typically measure methane, carbon dioxide and oxygen. On occasion it may also include hydrogen sulphide, and carbon monoxide.

An important part of managing a gas collection system is to understand how the gas quality of a landfill site is varying with operating conditions and time.

Landfill gas is a difficult gas to monitor reliably. It tends to be saturated with moisture, leading to condensation in working parts, as well as to contain a wide range of contaminant gases that can be both cross-sensitive to inappropriate sensors and damaging to others which are not suitable for the environment.

With increasing environmental awareness and a tightening of statutory controls, the monitoring of exhaust gases emitting from landfill gas flaring and utilisation systems is becoming an increasingly important element of well-managed facilities.

The recently prepared UK Environment Agency standards set limits for Carbon Monoxide, Oxides of Nitrogen and Unburned Hydrocarbons. The two former gases can be measured with relative ease. The latter is not yet available at a realistic price, monitoring in the ranges required. Exhaust gas emissions are quoted as normalised to a standard oxygen content, typically 3% in the UK, so it is also necessary to monitor oxygen content.

Other gases that may be monitored include Hydrogen Sulphide, Sulphur Dioxide and Carbon Dioxide, although these have limited relevance in the exhaust from landfill gas combustion equipment.

Biogas (LFG and gas from agricultural waste) is a recognised valuable resource, both as a fuel gas for energy production and as an offset option capable of generating carbon credits.  Projects aimed at recovering this resource require specialised technology and know-how. The extraction, treatment and management of biogas are all critical aspects that can affect the viability, not to mention the profitability of such projects.  Done correctly, a biogas recovery and utilisation project can offer a healthy return on investment with full payback being realistically achievable within an acceptable term.

The Project Route for a viable electricity generation project is summarised in Organics data sheet ODSG06 (see below for download link).

The Anaerobic digestion of organic matter produces methane and carbon dioxide. It can also lead to the production of other trace gases, such as hydrogen sulphide. Hydrogen sulphide can be a health and safety hazard. The gas has an unpleasant odour and can cause the rapid corrosion of carbon steels.

Hydrogen sulphide can be removed from gas streams by means of chemical oxidative scrubbing. Such scrubbers employ water based reagents containing oxidants such as sodium hydroxide, sodium hypochlorite, potassium hydroxide and ethanolamines. Each chemical oxidant has its advantages and disadvantages for specific applications.

Fuel-skids for power generation. The absolute requirement for a fuel skid is long-term reliability

Units designed, manufactured and supplied by Organics employ tried and tested technology for landfill gas pumping applications where unnecessary downtime has immediate ramifications in terms of revenue generation and, it is fully recognised, must be avoided.

It is now well acknowledged that landfill gas is a unique fuel. It possesses characteristics that are not matched by any other similar fuel gas, such as natural gas or biogas from anaerobic digesters. For this reason a landfill gas fuel skid must be built specifically for this application. Of particular note are the high-levels of moisture drop out and the possibility of a wide range of potentially corrosive trace gases. These range from halogens to ammonia and mercaptans.

See all Gas Systems products on the Website of Organics!