Pumpkins are grown all around the world for a variety of reasons ranging from agricultural purposes, such as animal feed, to commercial and ornamental sales. The biggest international producers of pumpkins include the United States, Canada, Mexico, India, and China. Pumpkin pie, for instance, is a traditional part of Thanksgiving meals in Canada and the United States. Commercially canned pumpkin puree and pumpkin pie fillings are usually made from different kinds of winter squash as opposed to the pumpkins that are carved as jack-o’-lanterns for decoration around Halloween.

Pumpkins, like other squash, are thought to have originated in North America. There is evidence of pumpkin-related seeds that date back between 7000 and 5500 BC and have been found in Mexico.

According to the USDA Economic Research Service, it is one of the most popular crops in the US and over 90,000 acres of pumpkins were grown in the US in 2014, producing 1.5 billion pounds (680,000,000 kilograms or 680,000 tonnes) of pumpkins with the top six states being Illinois, Michigan, New York, Ohio, Pennsylvania, and California. Approximately 15 percent of the pumpkin acreage is used to make processed pumpkin products. The average pumpkin yield per acr 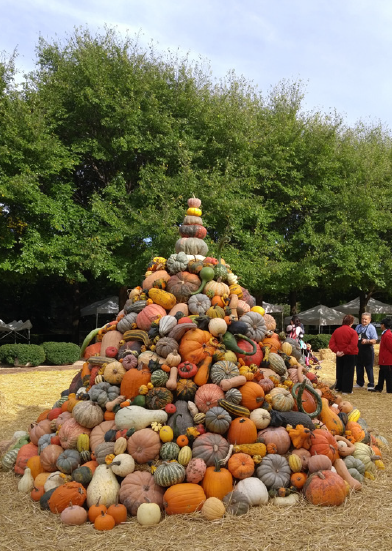 e among the top six states was 22,083 pounds and range from 14,500 to 37,500 pounds (www.agmrc.org). Illinois remains the leading processed pumpkin producing state, producing more than the other 5 leading states combined and about half of the national total. As a matter of fact, the Illinois Department of Agriculture states that 95% of the U.S. crop intended for processing is grown in Illinois. For example, Nestlé, operating under the brand name Libby’s, produces 85% of the processed pumpkin at their plant in Morton, Illinois.

Pumpkins have very versatile uses in cooking. Most parts of the pumpkin are edible, including the fleshy shell, the seeds, the leaves, and even the flowers. Pumpkin purée is sometimes prepared and frozen for later use.

When ripe, the pumpkin can be boiled, steamed, or roasted. It is eaten mashed and is also used in soups and purees. Of course, pumpkin is also made into various kinds of pies, which are a traditional aspect of the Canadian and American Thanksgiving holidays. In Canada, Mexico, the United States, Europe and China, the seeds are often roasted and eaten as a snack.

The traditional American pumpkin used for jack-o-lanterns is the Connecticut Field variety, whereas the pumpkin varieties for commercial canning are all Cucurbita moschata, a tan-colored (rather than orange), firm-fleshed, and elongated fruit.

Pumpkins should be cured in the sun for about a week to toughen the skin. Afterward, they then are stored in a cool, dry room or cellar, with the temperature being anywhere around 55ºF (www.almanac.com). 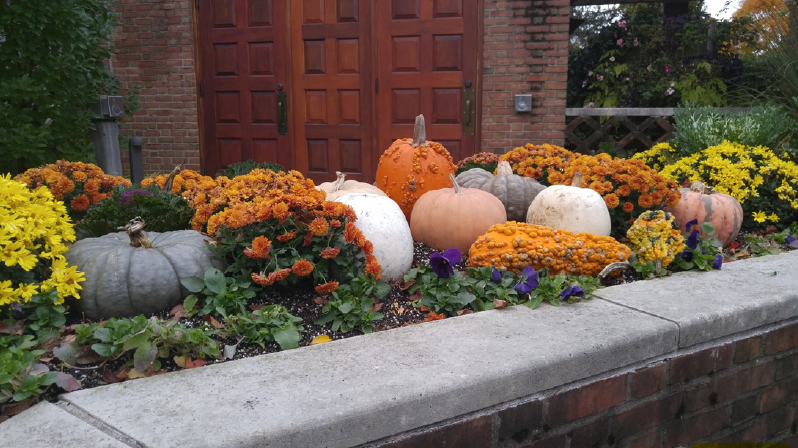 Mash is obtained. After that, the organic pumpkin mash is heated up to a certain temperature and goes under the fining process in order to obtain the final product called the Organic Pumpkin Puree.

“We are using a Wangen pump feeding a screw press on a dewatering line for our biogas plant.  We previously had a Moyno pump doing this and wanted to double our capacity and create some duplicity in this function.

We put this new pump out to bid with 5 different companies, giving them all the exact same flow rates and specifics on the head pressures required.  We also asked them all to provide a price list on the main replacement parts that we would be needing, as things wore out.

Wangen came in with the best price and did the most homework on really figuring out what our application was and also proposed the slowest turning pump of all of them to make wear parts last the longest.  They had very good data on what our parts bill would be under 3 different scenarios.

I really felt they did the best and most professional job in quoting us a pump that would last in a very difficult environment.

We have been running this pump pretty much non-stop for almost 2 full years now and have had zero issues with it.

We didn’t replace the Moyno but just added a complete second line right beside the Moyno.

We’ve replaced parts on the Moyno during this 2-year timeframe but not the Wangen.

Based on our experience, when we add additional pumps they will be Wangen.”