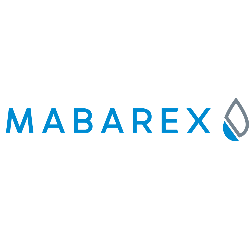 Mabarex is a water-treatment leader serving clients across Canada since 1983. We design and build highly versatile turnkey treatment systems to handle clients evolving needs and protect their investments and resources. From preliminary study to plant operation, we provide comprehensive solutions for water, sludge and solid waste treatment, all guaranteed to meet your specific requirements.

This technology is particularly well adapted to conditions of high or variable loads, for example in the effluents of agri-food industries and landfill sites. This process is used to treat wastewater and increases the capaToutes les technologies city of existing systems while meeting standards for BOD5 and ammonia removal.

This technology is characterized by the following elements:

PEENOXTM media from Mabarex, made of HDPE (high-density polyethylene) virgin plasticallows the support and growth of a large quantity of biomass.  In the case where scaling can be an issue, for leachate treatment in landfill sites for example, our descaling technology can be applied.

This technology is applicable for the construction of new treatment facilities and the upgrading of existing biological treatment plants. In the latter case, it is possible to incorporate the PEENOXTM media directly into existing basins.

n addition to BOD5 removal, the technology can be used for specific nitrogen removal applications. It is therefore possible to apply a treatment in several stages, depending on the desired treatment objectives.

When upgrading an activated sludge plant, increasing the concentration of biomass in the bioreactor does not cause an increase in suspended solids and therefore does not overload the existing clarifier. On the contrary, the concentration of suspended solids decreases considerably (Example: from 3000 mg/L for an activated sludge process to 300 mg/L or less in an SMBRTM).

This technology has the following advantages:

To learn more, read the company brochure for this product.