Benefits of Biogas are for everyone

Global warming and pollution are issues of great concern today. The urgent need to address the issue of greenhouse gases has led to several alternative solutions to fossil materials. Among these, biogas shines because of its many economic and environmental benefits.

The graph hereafter shows the reduction in greenhouse gas emissions based on the renewable energy source in Germany. Biogas contributes significantly to this reduction, represented here in the biomass category. 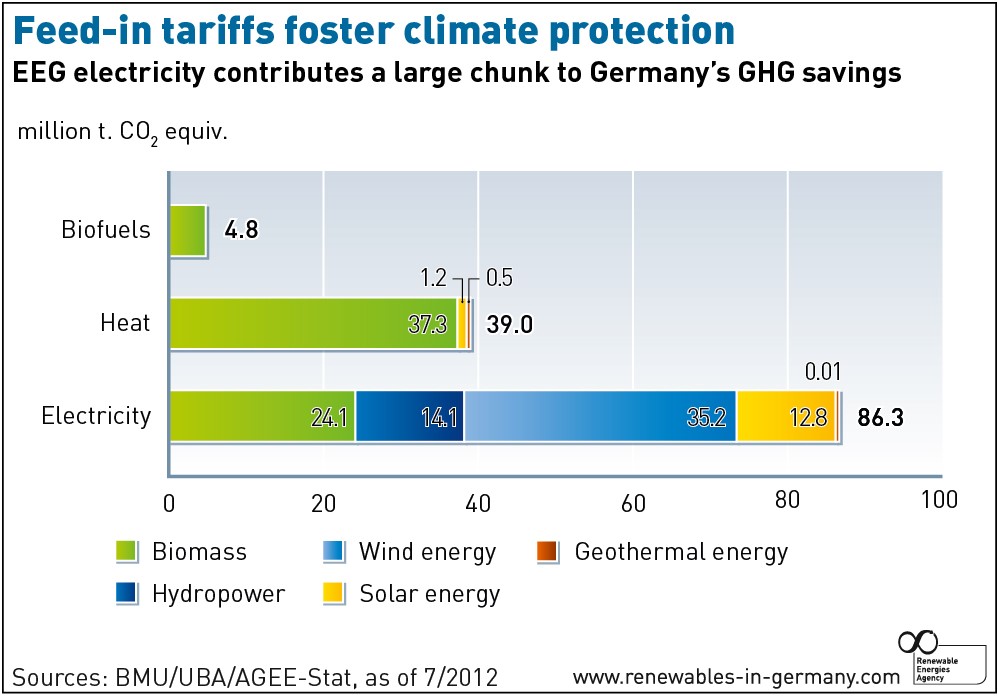 By promoting anaerobic digestion, the development of new companies is valued, in addition to benefiting current companies involved in the transportation, processing, and valorization of fertilizing materials. These companies often have the advantage of being local and generating profits in their region of implantation. In this case, local businesses diversify and create added value in the city where they are located by creating jobs. The first effect of setting up biogas plants is to create jobs. Whether for the design, construction, operation, and maintenance of plants as well as even for the transport and sale of products, many human resources must be involved.

Creating these jobs is an important factor for smaller cities that may have difficulty in countering the migration of their citizens to large cities. In general, job opportunities are decisive factors for cities to retain their citizens and attract new ones.

By using organic materials, which normally stack in landfills, existing and inexpensive resources are used to generate value-added products. By producing electricity, heat, and/or biofuel and fertilizer from organic materials, new products are created that can be sold.

Compared to fossil fuels that may come from far away, biogas has the benefit of being produced often near its users, thus reducing transport and handling costs. In addition, agricultural enterprises benefit from substantial savings when fertilizing their crops by using the fertilizer produced by anaerobic digestion.

Biogas is a renewable energy source, unlike fossil energy that is highly polluting. By replacing fossil energy with biogas, the emission of carbon dioxide into the atmosphere is reduced.

Organic matter accounts for about 44% of waste in landfills. By recovering these materials, we significantly reduce the amount of our waste, in addition to extending the life of landfills.

The process of converting organic waste into biogas greatly reduces the odors usually produced by landfills. Also, unlike traditional manure, the creation of a fertilizer from digestate reduces the concentration of insects near storage pits.

Implementing a new technology has a cost, as well as the creation of facilities, the purchase of machinery, the acquisition of land and the operating costs of any business. On the other hand, by creating new products, we can also generate profits, which means that a biogas plant is fundamentally a long-term investment.

Thus, if waste management is deficient or poorly organized, there is a risk of recovering odors. Good management and efficient logistics of the process will eliminate the risk of foul odors. 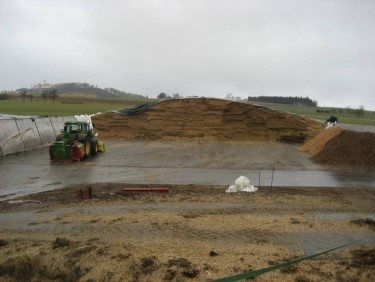 Storage of digestate on a concrete slab (Source : Biogaskontor)

Risks Related to the Processing Plant

Since there are very few precedents, the establishment of a new plant creates certain fears among the citizens. They are afraid that the plant will produce too much noise, create an increase in road traffic and decrease the property value of the properties. Some fears concern the explosion of the plant, a highly controlled and unlikely element in 2017.

People are afraid of the unknown, and simply do not want new institutions to emerge in their course. All these fears are fueled by bad information and poor communication. By further explaining the operation and benefits of biogas, it is certain that these fears will take off.

Evaluate the Potential of Your Biogas Project!

Knowing now the benefits and if you have organic residues that you would like to biomethanize, use our online biogas calculator to evaluate the potential of your project! You will have an assessment of the costs and benefits that your anaerobic digestion project can generate!

We also suggest that you consult our glossary to familiarize yourself with the terms used in the industry.