The global market of anaerobic digestion, including the biogas sector, has been growing for several years. As an example, the market in United Kingdom has experienced a growth of 622 % in the past five years with the opening of 100 AD plants in 2014. 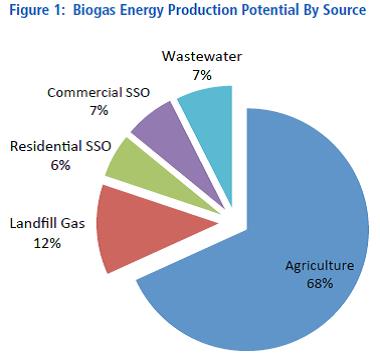 In United States only, the investment required to achieve the maximal potential is US $33 billion.

A solution, already in place for some and considered by many others, is the use of biogas in transport in order to replace diesel engines. The production and use of biomethane (refined biogas) allows the reduction of over 90% greenhouse gases (GHG) in comparison to diesel. In addition to a reduction in GHG and fine particles emissions, the cost of biomethane can be less than diesel but varies greatly across regions and technologies involved.

According to the Canadian Gas Association, the GHG reduction potential through the use of renewable natural gas (biomethane) in Canada is 108.9 Mt CO2 eq./year. As an example, 10% of this potential represents the removal of 2.5 million cars from Canadian roads.

Finally, the global market for compressed biomethane and natural gas in the transportation is expected to be about US $129 billion in 2020.